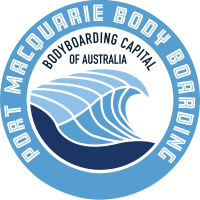 The club pays tribute to one if it’s founding members David Gosby by holding the David ‘Goose’ Gosby Memorial Competition each year. David tragically drowned whilst surfing one afternoon after school whilst surfing with mates. David was a founding member of the Hastings Bodyboard Club back in 1987 before the club became the Port Macquarie Bodyboarding Association Inc.

David’s memory lives on through this event as it was David’s life motto that he “didn’t want to be famous, just remembered” and is why the PMBA has worked hard to continue this event in his honor. The David ‘Goose’ Gosby Memorial has now been running for over 30 years and has gone from strength to strength attracting riders from as far away as Sydney and the Gold Coast and ultimately becoming a must-attend event on the bodyboarding calendar.

This year the PMBA has joined forces with the Forster and Central Coast Body Boarding clubs who also run a memorial competition each year to honor local surfers who have passed, to form a Memorial Triple Crown event. Surfers from all over the country can compete at each of these events to accrue points to claim the ultimate prize of the Triple Crown Champion for his or hers age division.